The Northern Lights in Iceland

What are the Northern Lights and what causes them?

The northern lights are ribbons of mostly white and green light which flicker and shimmer in the upper atmosphere. The lights are most commonly visible at high latitudes. Sometimes the display is subtle but at other times the entire sky dances in a magnificent display of natural wonder. This phenomenon is also known as the Aurora Borealis. But what causes the Northern Lights?

The sun emits protons and electrons which drift towards the Earth. This is known as the Solar winds. When the solar winds agitate the earth´s magnetic field, the winds are deflected and travel around the atmosphere. This cosmic interplay directs the activity to the poles. When the winds hit the atmosphere, energy is released which causes the lights displays we know as the Northern Lights.

Though the Northern lights occur year-round, Iceland´s bright summers mean that the lights are not visible all the time. The Northern Lights season in Iceland is quite long and it is possible to view the lights from late August to early April. After mid-April, the nights are too short to successfully see the lights.

As for the time of day the late evening and into the early hours of the next day are the most reliable times in which to successfully sight the lights. BusTravel Iceland operates Northern Lights tours after dinner for this very reason. You can enjoy your dinner downtown and we can collect you at the nearest pickup point to your restaurant. Just let us know where in advance.

How do we predict where the Northern Lights will appear? 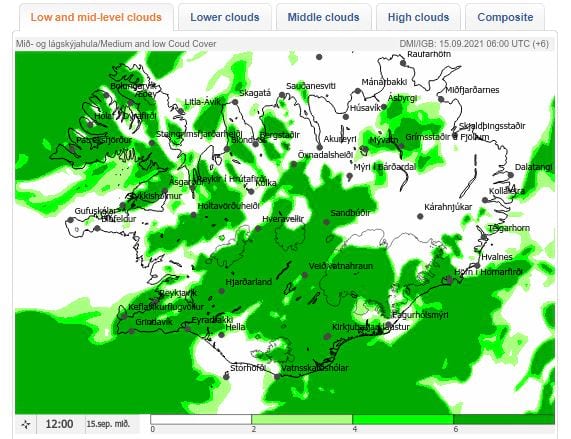 At any moment the solar winds can be strong or weak. By consulting the aurora forecast of the Icelandic Met Office, we know in advance the likelihood of activity on a given night based on the level of solar activity.

The Met Office uses the KP-index in its predictions. The scale has a range of 0 to 9, with 9 meaning a strong Aurora and 0 meaning a weak Aurora. The KP-index is an estimated 3 hour average. The maximum positive and the maximum negative during a 3 hour time period is taken and the numbers are added together to determine a total maximum fluctuation. This means that if the KP-index shows a 4 for a certain time frame (for example midnight to 3 am) then during this time there could be a KP 6 and a KP 2.

Here you can follow the aurora forecast for yourself: Icelandic Met Office Aurora Forecast

But that is not the only factor. The second aspect we consider is cloud cover. If the night sky is too cloudy then any aurora display will of course be hidden from view. It is only when these two factors align that we go out on tour.

Where Can I See Northern Lights in Iceland?

The best place to view the lights in Iceland is wherever the lights are active and the skies clear on the given night. There are popular locations such as Reykjanes and Grótta Lighthouse in Seltjarnarnes but this can be hit and miss. Your best chance to see the lights is on one of our guided tours with our expert aurora chasing guides.

BusTravel Iceland offers a range of Northern Lights Tours with something to suit all tastes and budgets.

We recommend that you schedule your tour with us early in your time in Iceland as that gives you the opportunity to rebook if the tour is postponed or unsuccessful.

What if we don´t see the northern lights?

Even with cloud and aurora forecasts and knowledgeable guides, the northern lights are sometimes too elusive for our liking. They are a natural phenomenon and therefore not always reliable even when we do our utmost. If you are unlucky and don´t see the lights during your tour, we´ve got you covered. You can join our large bus tour on another night for free! Your guide will let you know how to rebook. The offer for rebooking is valid for three years from the date of your tour departure. Unfortunately, we cannot provide refunds for not seeing the lights on the tours as that is up to mother nature but we will provide you with the best tools to maximize your chances.

As well as chasing the lights through the countryside away from the city lights, when you purchase this tour with us you will also receive a free ticket to the Aurora Reykjavík Museum in downtown Reykjavík. You can visit the museum at any time during the day and we can pick you up for the tour at the museum if you wish. 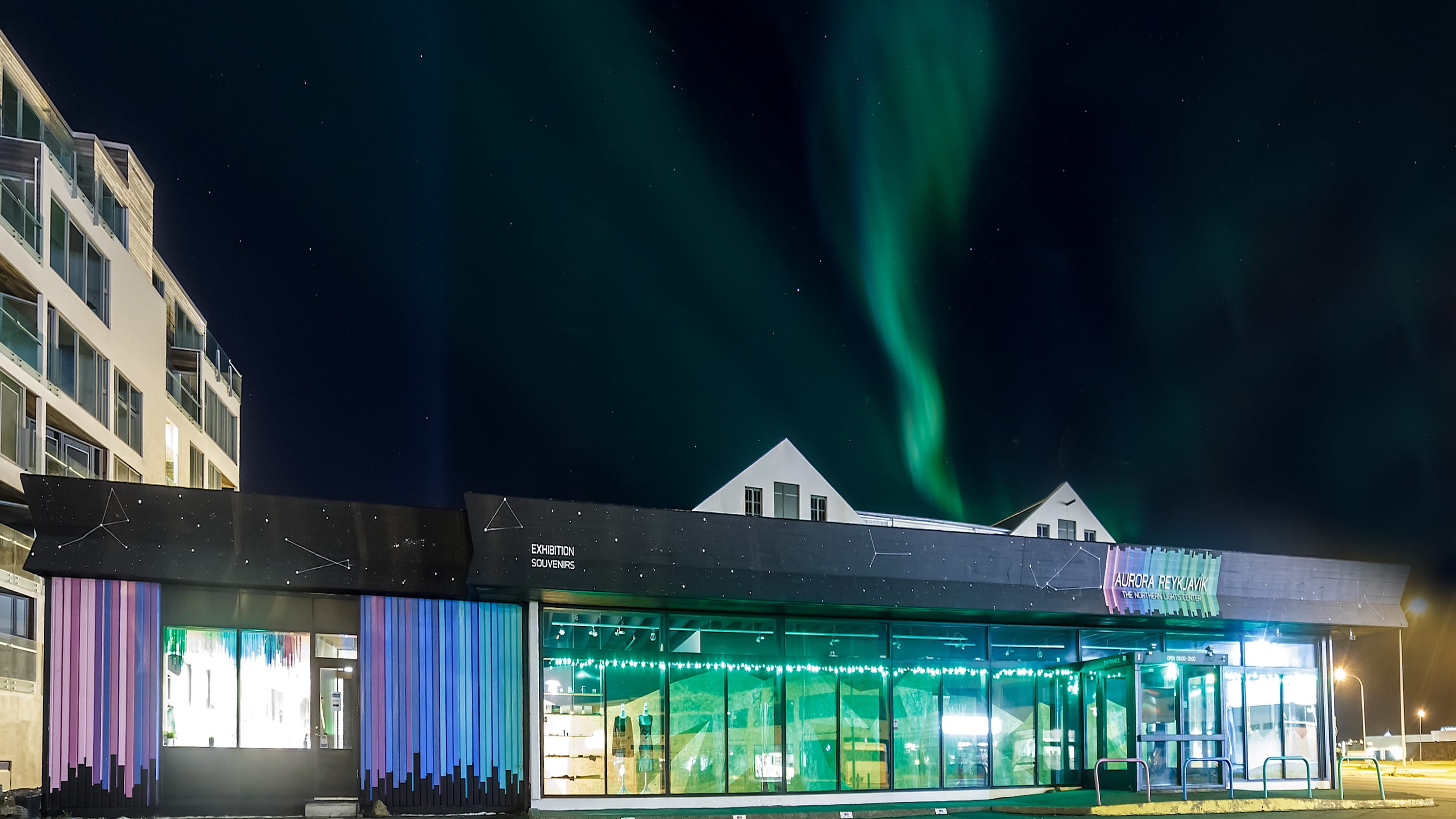 The Aurora Museum is a great introduction to the science and wonder of the northern lights. This multimedia exhibition offers interactive displays and an educational centre outlining how people and cultures around the world interact and think about the Northern lights. The Museum also has information on the best camera set-ups to make a lasting memory of your time in Iceland.

Our Blogs on the Northern Lights!